Beauty in the Movies: 200 Cigarettes

Tonight is New Year’s Eve! So in celebration of another year ending, it seems appropriate to feature one of the best (and only) New Year’s Eve movies out there, 200 cigarettes.

200 Cigarettes takes place in New York City on New Years Eve in 1981. It’s the story of how a group of people, who are invariably connected in different ways, all make their way to the same New Year’s Eve party. Among the many characters there is a hostess anxiously awaiting the arrival of her guests, two teenage girls from Ronkonkoma Long Island, a smooth cab driver, punks, yuppies, artists, art-world snobs and many more. It’s a movie that I’ve loved since it came out in 1999, it has a great soundtrack, and a fun plot line with the costumes to match. Sure, it’s silly, but that’s what I think makes it so great.

It’s nice that this is a movie about New York on New Year’s Eve but without all the ball dropping hoopla. The whole movie takes place in and around The Village far from the times square madness. It’s a great little movie about people and characters doing their own thing and living life and it features many prominent Village landmarks, some that no longer exist. It’s fun to see how these people’s lives entwine and cross in strange ways, all culminating in a party we never really get to see—because you know, the interesting part is how they get there right?

This movie features some actors who were already big names—Courtney Love, Christina Ricci, and some newcomers who would soon shoot to stardom, Kate Hudson, Casey Affleck, even Dave Chapelle. Sure, Christina Ricci’s accent is almost an insult to Long Islanders, but she’s cute and tries hard so I’ll forgive her. It’s also nice to see Courtney love at her most pulled together and displaying her own sense of goofy charm. Most of the film consists of great indie actors like Martha Plimpton and Janeane Garofalo who are always amazing, plus there are cameos by 80s music icons like Elvis Costello and David Johansen of The New York Dolls.

I love this movie because the characters are actually relate-able despite how over the top they may act. Every time I have a party I think about Martha Plimpton’s character in this film, and I feel exactly like her. Nobody shows up at the designated time, you’ve worked your butt off making way too much food that people might never eat, and by the time everyone does arrive (if they ever do) you’ve worked yourself into such a state of worrying, drinking and rationalizing that you question why you ever decided to have a party in the first place. The desperation of New Year’s Eve, the excitement of the city, and the anticipation of a party all come through in this film. 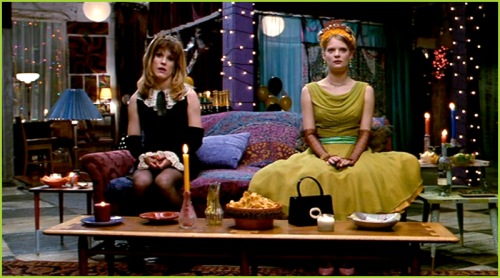 I actually hate New Year’s Eve, it’s depressing, I have post-christmas let down and since my birthday is the 30th I have post-birthday let down too. New Years is the last celebration before we descend into January and the epic cold darkness of that long winter stretch until Spring. New Year’s Eve makes you look back on the last 364 days and think about everything you’ve done and haven’t done and reflect on what you want the next year to be. It can be a time of regret, but also a time of hope, but before we make our lists of resolutions and promises for the coming year, we can agree to put it all aside, and just for December 31st, indulge one last time and celebrate another year lived. 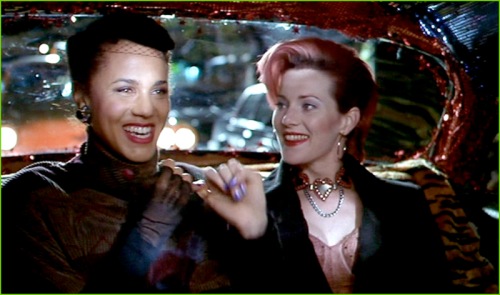 200 Cigarettes is one of my favorite movies because it shows the timelessness of the New Years tradition, the need to be with people, loved ones or anyone, and enjoy the fact that we made it through the year and are given another chance to start again. Come January real life picks back up—it’s back to work, back to school, and it all starts over. So, just for tonight, indulge a little, pat yourself on the back for making it through the year and let those you love know you’re glad they made it through too—drink some champagne, tell someone you love them, and let all the old year’s troubles be forgotten, tomorrow is a new year and a new beginning.

Happy New Year Everyone! May 2011 bring you all happiness, love, joy and success!!

Seamless Off the Shoulder Tunic
$24 – ardenb.com
Off shoulder tops »

Filed under Beauty in the movies