Beauty in the Movies: Party Girl

The past few films I’ve featured have been naturalistic, English, and decidedly rural, so this week I thought it would be fun to swing in the opposite direction and highlight an indie classic set in ’90s Manhattan—Party Girl. 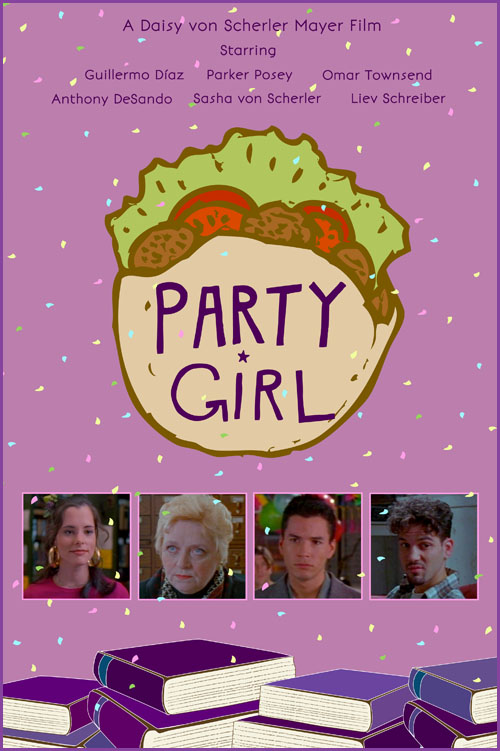 Mary (Parker Posey) makes a living throwing wild parties (or what in the ’90s we called “raves”), unfortunately she always forgets to obtain a liquor license. When her unorthodox profession finally lands her in jail, she looks to her godmother Judy (Sasha von Scherler) to bail her out. Judy is a librarian who makes a habit of reminding Mary she’s just like her mother who was “a woman with no common sense”. In order to prove Judy wrong, and avoid eviction, Mary takes a position as a library clerk and finds she might have a surprise talent for the job. 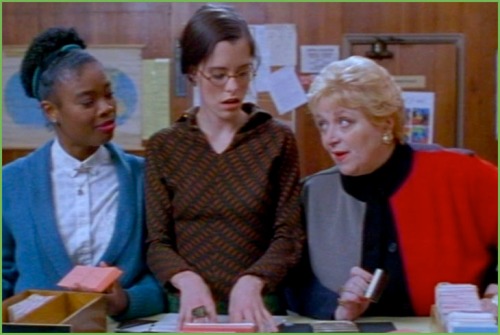 While Mary is in the midst of starting a new career she finds herself infatuated with Mustafa, (Omar Townsend) the hunky, Lebanese, proprietor of a street falafel cart. Unfortunately Mary’s self-centeredness is a big obstacle in the way of her happiness in every aspect of her life, especially where romance is concerned. Mustafa introduces Mary to the myth of Sisyphus which parallels Mary’s own struggle and is made reference to in many different ways throughout the film—like a guy who always seems to be carrying a box up the stairs. 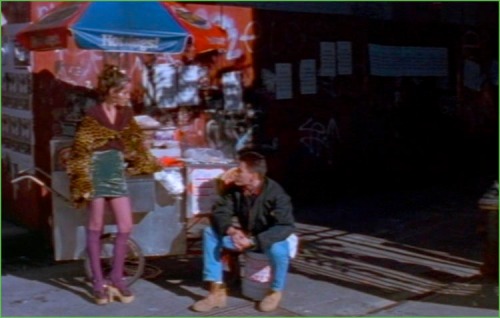 There are a bunch of great secondary characters like Mary’s flamboyant friend Derrick (Anthony DeSando), who has one of the most lovely Jersey accents ever, Liev Schreiber as her cockney jerk of an ex-boyfriend, and her roommate aspiring DJ, Leo (Guillermo Díaz). Really though, this is Parker Posey’s movie. She is so charmingly obnoxious and straight-up weird that you can’t take your eyes off her, not to mention her outfits. Colored tights and shorts are all over the place at the moment and I like to think it all started right here. 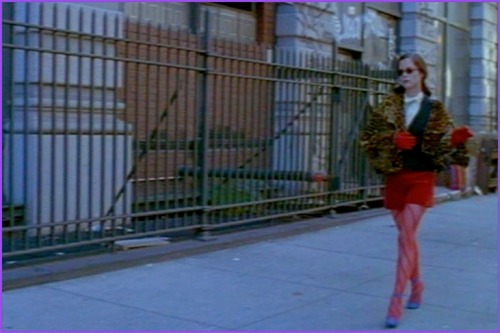 Party Girl is from the era where an “indie” film actually meant it was independently funded rather than just a label to acknowledge it was somewhat outside the mainstream or quirky. According to IMDB.com this film was made for $150,000 dollars which seems totally insane by today’s standards. I mean, I know, inflation and all that but still, wow, that’s really cheap for a movie. Consider that “independent”  films of the last few years like 500 days of Summer or Little Miss Sunshine were both made for around $8 million—which is still super cheap by Hollywood standards.

The editing and music in Party Girl are sort of strange (the music really sounds like a made-for-ABC-family movie at times). You get the feeling a lot of the costumes and set decorations were thrown together from what people had on hand or could acquire with a meager budget. These things make the film so much more interesting though. It feels unique, it feels like New York, and it captures the feeling of a specific moment in the 1990s. 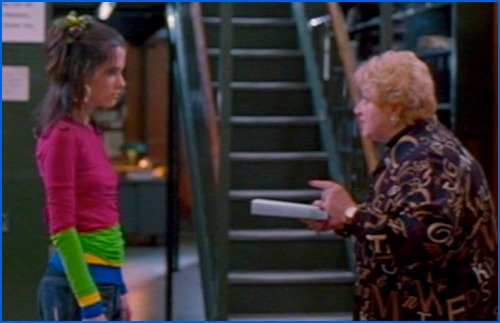 Figuring out what you want to do with your life is a huge decision, and so often in movies everyone already seems to have that worked out, especially in films for women. “Chick-flicks” or romantic comedies always seem to feature ladies with perfect careers who are just trying to find the right guy. As most of us know, finding the perfect career can be much more of a struggle. While I’m pretty confident most women could get along just fine without a guy, the same can’t be said for a job—we all need one of those (unless you have a trust fund or a wealthy spouse or something). 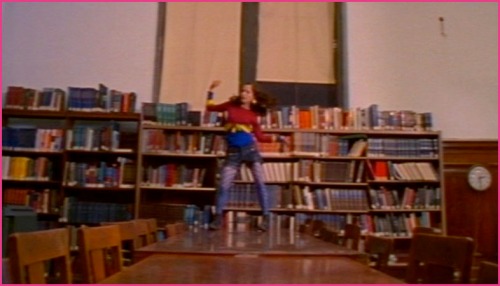 This movie is a cult classic because it gets funnier the more you watch it and the clothes and style are still appealing over 15 years later. In a way Party Girl is a coming-of-age story, at 24 Mary doesn’t know how to be a grown-up mostly because she has no idea what she wants to do. She keeps screwing everything up, and the boulder rolls back down the hill on top of her over and over again. It isn’t until she embraces what she actually likes doing, despite its lack of glamour, that she finds fulfillment. Party Girl also teaches us the important lesson that librarians can be hot and fashionable—you really can’t judge a book by its cover.

Filed under Beauty in the movies